Cigarettes, gasoline and diesel fuel.  Taxes on these three of the products that convenience stores sell a lot of can have a big impact on how many sales are made.  When taxes skyrocket, people find ways to slow down their consumption.  When taxes are low, people spend more freely.

Nobody likes taxes, especially retail store owners, because taxes add to the cost of a product, and consumers these days are very cost-conscious.  But here in Arkansas, we don’t have it as bad as retailers (and consumers) in some states.  In this post, we’re going to look at Arkansas’ tax on gas, diesel fuel and cigarettes and compare the numbers with those in California, Texas, New York and Oklahoma. 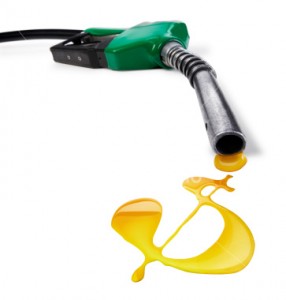 The tax on diesel fuel in Arkansas is 22.8 cents per gallon.  In California, it’s more than double at 51.5 cents.  In New York, it’s 49.5 cents.  Texas rings in at 20 cents per gallon, again the lowest among the four states.

Arkansas and Texas win out in this comparison.  But there’s more to look at than just these tax rates.  All three of the other states we’ve looked at here have numerous highly populated cities with massive amounts of traffic and predictable daily tie-ups.

In Arkansas – and Oklahoma, where Glidewell Distributing has many accounts – the driving is easier and folks don’t have to plan an expedition and pack extra food just to go down to the corner convenience store at 8 p.m. to fill up and buy cigarettes.  The relatively low taxes on gas, diesel fuel and cigarettes we have in Arkansas, coupled with cities and towns that you can get around fairly easily in (Little Rock is an exception at times), equal an environment that’s conducive to doing business.

By contrast, the entire state of Arkansas has 2,937,000 people, and Oklahoma is just slightly larger, with 3,791,000.  Convenience store owners in these states not only enjoy relatively low taxes on gas, diesel fuel and cigarettes but also roadways that people can drive on . . . conveniently.

(Oklahoma’s taxes on these three products are even lower than Arkansas’: gas, 17 cents; diesel fuel, 14 cents; cigarettes, $1.03 per pack.)

Glidewell Distributing is very watchful of the tax situation in Arkansas and Oklahoma, because our own business as well as our customers’ businesses depend on having an honest opportunity to do honest business without being strangled by state taxes on high-selling products.

In light of the current outbreak of coronavirus disease 2019 (COVID-19), Glidewell Distributing has implemented the preventive measures recommended by the CDC, along with an overview of the precautions we are taking to ensure our ability to maintain the highest levels of service as we prepare to limit our employees’ potential exposure. We are also closely monitoring our supply chain, and sincerely apologize if any supply chain delays have caused a disruption to your current business needs.

In terms of Glidewell Distributing’s preparedness to continue to provide a high level of service, we have a Business Continuity Plan that includes system redundancies and employee remote work plans. We are prepared to carry out this plan as required and anticipate no disruptions in operations or service levels at this time.

In addition, we have implemented the following precautions to protect our employees, clients, partners, and any other service providers from potential exposure to the coronavirus:

1. We are actively monitoring the Centers for Disease Control and Prevention (CDC), the World Health Organization (WHO), and local public health departments for recommendations and best practices.

2. At this time, no Glidewell Distributing employees have tested positive for the virus. In the event any employee or third party tests positive for the virus, has been directly exposed to a person who has tested positive, or has traveled to a CDC designated hot zone, the individual must be quarantined for 14 days prior to access to our facilities.

3. We have worked with building management in all of our facilities to increase cleaning and disinfection activities.

We will continue to monitor the development of this situation. Rest assured we will implement best practices to control the potential outbreak for our employees and visitors to our facilities. If you have any specific questions or concerns, feel free to reach out to your Sales Account Representative, Customer Service at our main number: 1-800-733-4408.