In February, legislation was introduced in Rhode Island that would lower by a dollar a pack the state’s tax on cigarettes.  Rep. Robert Phillips thinks the way that we wish more lawmakers thought: yes, a tax cut means less revenue from taxes, but a lower price means more revenue from sales, and therefore from taxes. 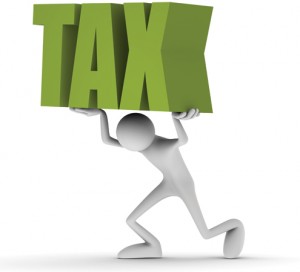 Phillips, according to a report by the National Association of Convenience Stores (NACS), had introduced last year a similar bill last that failed.  He used the term “short-sighted” to describe the view by critics that a decrease in this tax would have a negative effect on state revenue.

He also pointed out in a Boston Globe article that Rhode Island is a small state, and if people can save money by driving across the border into Massachusetts or Connecticut, they’ll do it.

This calls to mind the current issue up in Benton County, where petitions are circulating to make the county “wet.”  It’s a short drive from there into Missouri, where people can buy all the alcohol they want.

Another good point Phillips made is, if you bring customers into convenience stores to buy cigarettes more regularly, they’re probably going to buy other items while they’re there.  It’s a logical way to look at a historic problem with government.

Government tends to play it safe by burdening consumers with taxes, rather than thinking of the bigger picture: the more money consumers perceive that they’re saving, the more money they’ll spend.  Volume is the key to making money, whether you’re a convenience store owner or a state government.  When you put people in a crunch, they naturally tighten up.

State Rep. John Edwards, who supports the bill, was quoted on the NACS site as saying, “I honestly believe the cigarette tax in its present form is dangerous to our local businesses. The economy isn’t booming right now, so our small businesses are struggling as it is.”

That sentiment is certainly applicable here in Arkansas and next door in Oklahoma, where Glidewell Distributing has hundreds and hundreds of convenience store customers trying to be successful in a still-sluggish economy.  A cut in tobacco taxes would certainly open the way to more profits for them.

Will Arkansas and Oklahoma take heed of what’s happening in Rhode Island?  Maybe if more residents of these two states wrote to or spoke with legislators in their respective Houses, a difference could be made.

In light of the current outbreak of coronavirus disease 2019 (COVID-19), Glidewell Distributing has implemented the preventive measures recommended by the CDC, along with an overview of the precautions we are taking to ensure our ability to maintain the highest levels of service as we prepare to limit our employees’ potential exposure. We are also closely monitoring our supply chain, and sincerely apologize if any supply chain delays have caused a disruption to your current business needs.

In terms of Glidewell Distributing’s preparedness to continue to provide a high level of service, we have a Business Continuity Plan that includes system redundancies and employee remote work plans. We are prepared to carry out this plan as required and anticipate no disruptions in operations or service levels at this time.

In addition, we have implemented the following precautions to protect our employees, clients, partners, and any other service providers from potential exposure to the coronavirus:

1. We are actively monitoring the Centers for Disease Control and Prevention (CDC), the World Health Organization (WHO), and local public health departments for recommendations and best practices.

2. At this time, no Glidewell Distributing employees have tested positive for the virus. In the event any employee or third party tests positive for the virus, has been directly exposed to a person who has tested positive, or has traveled to a CDC designated hot zone, the individual must be quarantined for 14 days prior to access to our facilities.

3. We have worked with building management in all of our facilities to increase cleaning and disinfection activities.

We will continue to monitor the development of this situation. Rest assured we will implement best practices to control the potential outbreak for our employees and visitors to our facilities. If you have any specific questions or concerns, feel free to reach out to your Sales Account Representative, Customer Service at our main number: 1-800-733-4408.